Eating Europe: What to Eat in Prague (And Where to Eat It)

Each year, more than 8 million tourists make their way to the Czech capitol city of Prague.

Many make the journey to explore the city’s fairytale castles, cobblestone streets, and the country’s triumphant journey to independence. 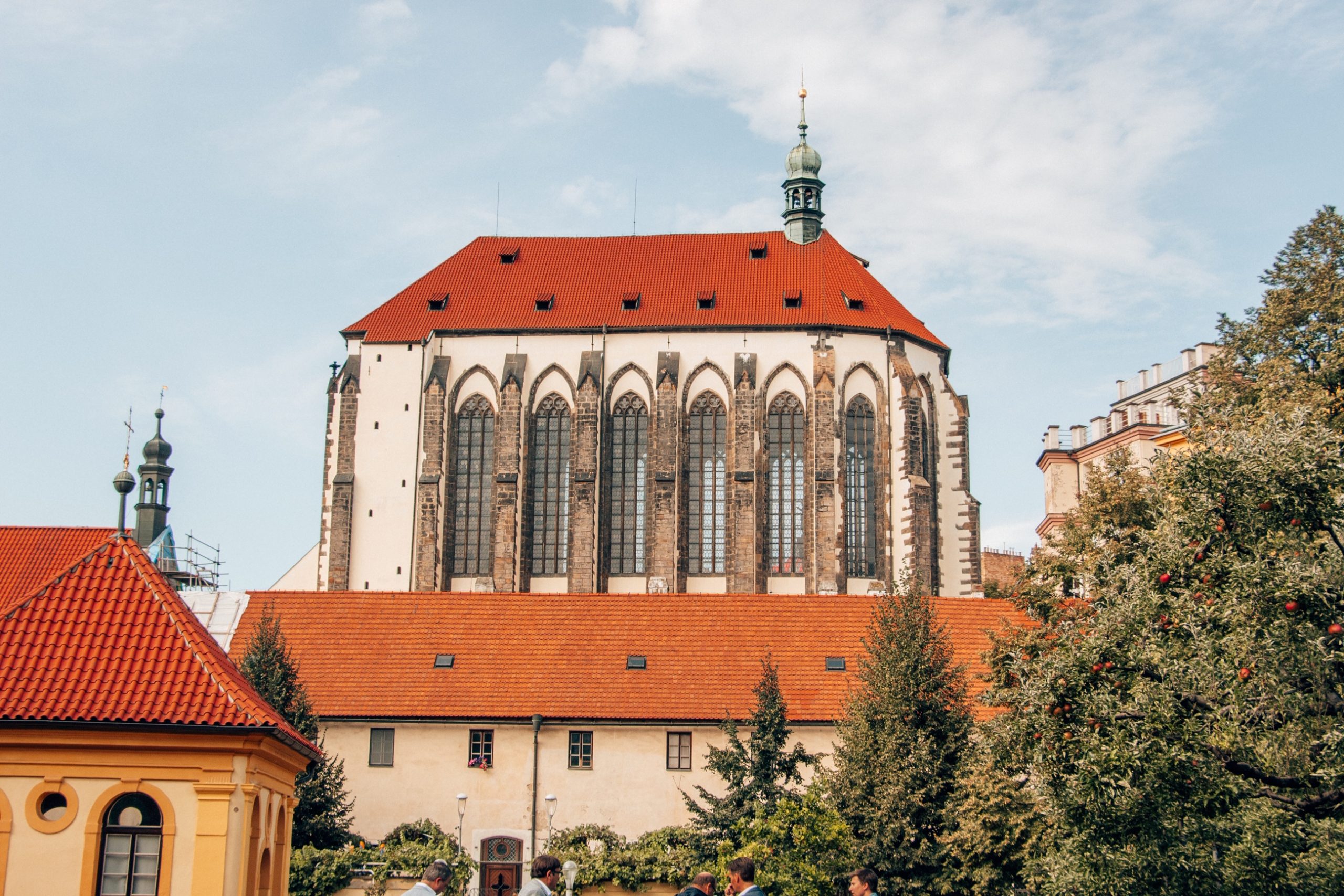 But in recent years, an increasing number of tourists have decided to come for an entirely different experience (and some for this reason alone): the cuisine.

Previously, high-caloric dishes with meat heavy components such as duck and pork ruled the culinary world throughout the former Czechoslovakia.

Often accompanied by affordable sides such as bread and cabbage, these ingredients became the very essence of Czech cuisine. While still prevalent on many of the city’s menus to this day, history has fortunately made way for a new food revolution in Prague. 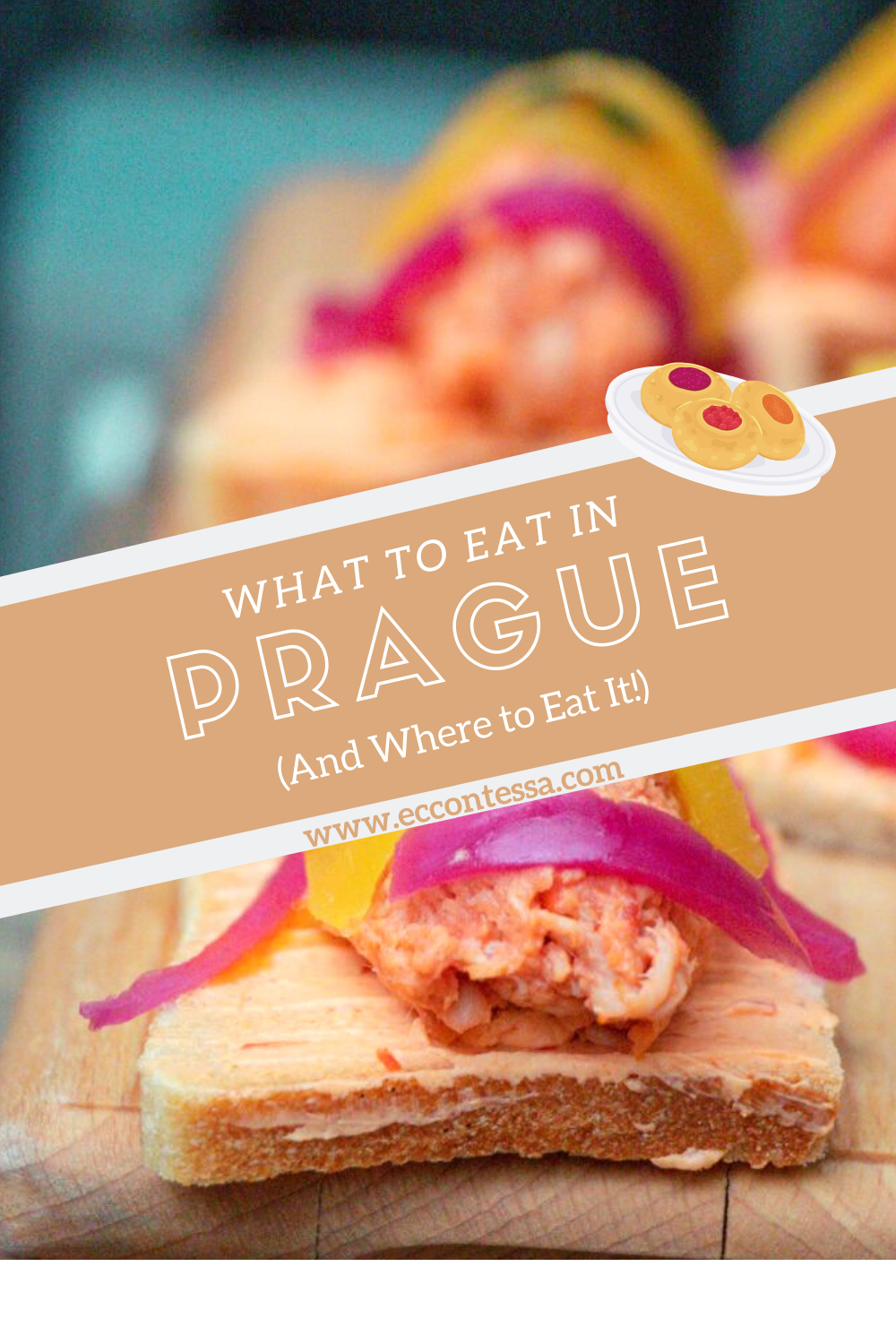 Read below to find out more about Eating Europe’s half-day Prague Food Tour and why the company has been featured on outlets like Lonely Planet, National Geographic, and Fodor’s.

The baking of gingerbread in Czechia dates back to the 14th century. The lightly sweet, cake-like bread isn’t just a dessert but a culinary art form. Most prevalent during the Christmas and Easter holidays, traditional gingerbread can still be found in many regions throughout the country.

One of the most popular spots in Prague is Pernickuv Sen (meaning “a gingerbread man’s dream”). At this fragrant haven, guests sample an array of cookies, learn about ingredients and shapes, and shop a wide selection of decorated baked goods.

As Prague continues to grow as an International city, the food scene continues to evolve at an equally astounding rate. A long-standing favorite in the Czech Republic that has taken an innovative turn in recent years has been the chlebíčky, or “open-faced sandwich”.

Bistro Sisters in Prague is among the most renowned spots to grab one of these delicate appetisers. Sandwich selections include favorites like Prague ham, duck and cabbage, roast beef, and whipped goat cheese with beets and walnuts. Order the tasting board with a sampling of Sister’s current offers.

A new phenomenon that has graced Prague’s culinary scene is thanks to Bistro Spejle. Operating under the “skewer system,” Spejle serves food on wooden skewers charging 29CZK per stick. Simple right?

While their main attraction is their buffet of chlebíčky, they offer other Czech staples served small-plate-style. The pork dumplings paired with Kingswood cider or Pilsner is a must. The sweet flavours of cinnamon and marinated cherry goes perfectly with a chilled pivo.

Not far from the Vltava River sits one of Prague’s most elegant cafes. More than 100 years old, Cafe Louvre has served some of society’s greatest minds like Albert Einstein and Hans Kafka. Frequented by locals, its old-world atmosphere has been providing old cafe traditions since 1902.

One of these traditions include the Svickova na smetanê. A tender beef sirloin marinated with vegetables, boiled in double cream, and topped with cranberry sauce is paired with bread dumplings and a slice of lemon. Other recommended menu items are the goulash, and the Kureci peso na pa price.

When most people think of gelato, they immediately think its something that can only be found in Italy. But Prague’s Creme de la Creme gelateria proves that theory wrong by bringing a piece of Italy right to the heart of Central Europe. After studying the art of gelato making in Italy for many years, Honza Hochsteiger, or “Mr Ice Cream” as some like to call him, started whipping up what has quickly become “the best gelato in Prague.”

Visitors can choose from unique flavours such as Lavender, Tiramisu, Salty Peanut, and Dark Chocolate Chilli, among others. For those who prefer fruit-based flavours, they offer sorbet in flavours like Lemon Mint, Forest Fruit, and Strawberry and Thai Basil. (Pro tip: he best combination of flavours are the Strawberry Thai Basil and the creamy Walnut. The combo of fruit and nut is to-die-for!)

Tour with Eating Europe proves there is more to Prague than beautiful architecture and pilsner (though both are important components). Dramatic changes have led Prague to become a destination for adventurers and foodies alike.

To book a tour with Eating Europe, visit their website directly, or book through Trip Advisor here.

Alexandra Booze is the editor of the international travel and lifestyle blog, East Coast Contessa. Since 2016, she has worked with more than 450 brands from 33 countries across the globe including hotels, restaurants, tourism boards, and media companies to produce still photography, videography, and editorials. A former public relations executive in DC, she has represented numerous domestic and global companies to provide media relations and marketing strategies. Her work has been featured in media outlets such as Politico, the Wall Street Journal, The Hill, USA Today, and Huffington Post's Thrive Global. Most recently, she was a feature in New York Time's Best-selling Author Chris Guillibeau's book, "100 Side Hustles", a book about successful entrepreneurs across America. Originally from the United States, she currently resides in La Rioja, Spain were she works as a freelance travel writer and English teacher at the renowned Escuela Hostelería y Tourismo culinary school in Santo Domingo de la Calzada, Spain.

8 Must-Eat Foods in Prague (And a Few to Avoid)

7 Easy Pantry Recipes from Around The World

Europe Travel: How to See London on a Budget

This site uses Akismet to reduce spam. Learn how your comment data is processed.

abooze1
Fiverr
Seller
Hi there! My name is Alexandra (Alex if you like), and I am a public relations and marketing professional specializing in media relations, influencer marketing, and editing. Originally from the U.S., I have lived abroad in the European Union since 2018. Throughout my nearly 10 year career, I have worked for one of the world's largest corporate companies, numerous national non-profits, and more than 450 consumer brands from 33 countries across the globe. I should mention I'm a content creator and professional writer myself, so I know the media industry like the back of my hand!
Latest Tweets

Wondering what DC's best-kept secret is according to @ECContessa? The River Inn! http://bit.ly/2qHqniB

This website uses cookies to improve your experience. We'll assume you're ok with this, but you can opt-out if you wish. Accept Read More